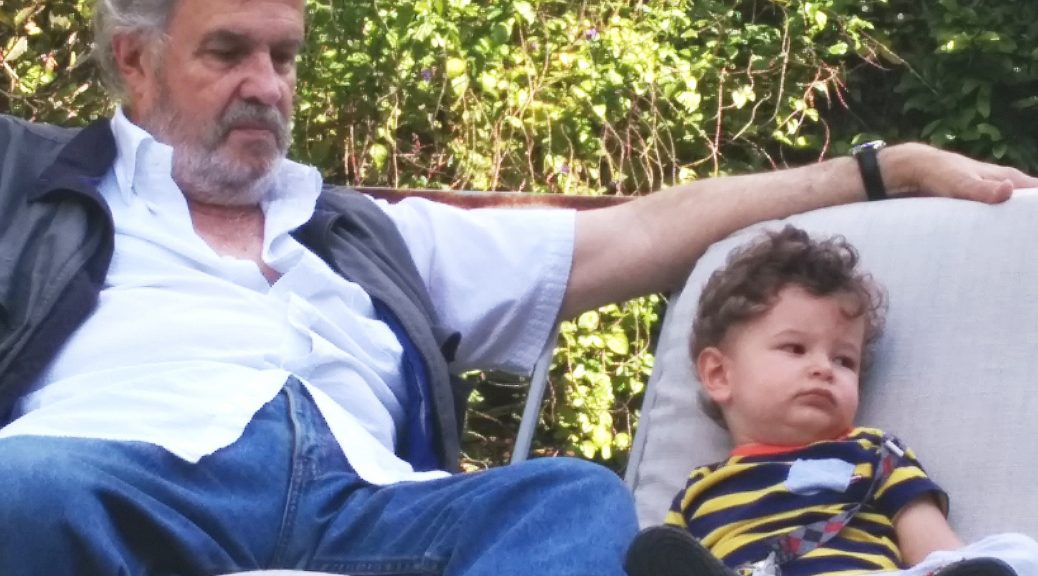 December: Favorite Picture of the Month

I have fallen so far behind it’s kind of ridiculous.

All I can say is this… 2014 did not end quite how I hoped it would. Actually, It kind of turned to total SH** right there towards the end. How can such a wonderful time of year turn to Crap, you ask? Well…with out getting into to all the details… it went something like this. In the middle of trying to navigate the blessing and nightmare that is Obamacare, my brand new computer decided to go berserk on me and  I, of course, got sickl with a cold and a nasty cough.  Right around this same time, my father fell ill with a case of the shingles.   How does that saying go about Murphy’s Law?  Ok, maybe not everything that could go wrong went wrong, but, at the time, it sure felt that way.

My father, poor guy, is still recovering from the painful symtoms that just does not want to go away.   It wasn’t until his second attempt at getting cured by a Santera (someone who practices santeria) that things actually started improving.   Yes, when you live in Miami consulting a Santera is not that unusual, especially when you are DESPERATE.  I’m not kidding when I tell you, though,  he improved dramatically after his “appointment” with the Santera.

Since we are currently living with my parents, I got to watch and hear all about this fun little bug.  One thing I have learned from seeing him go through this?  Get the shingles vaccine as soon as you can because IT SUCKS!  This illness is caused by the same virus that gave you the chickenpox when you were a wee little one.  It hides in your nerve cells and when you are under stress or ill and your immune system is weakened it rear it’s ugly head.   This is not just a older person’s (50 and over) illness either.  I know several people who have gotten it in there 30’s and 40’s.

It was hard to see a man whom, for most of my life, never complained about anything, taking serious pain killers and barely being able to move or function.   Besides all the pain medication, he tried acupuncture, and at one point, medical marijuana was even a contender.  He describes the pain as having a third degree burn all across his stomach and back.   He could not get any sleep…at least not for more than an 15 minutes at a time.  He missed over a month of work and could not sit in a regular chair for more than a few minutes.

The worst part was watching him deteriorating physically, as well as, mentally.  All the medications and lack of sleep really takes a toll. The look on his face every day was one of utter exhaustion and misery.  His eye were sunken in and glazed over.  There was no joy. It was also painful to watch my mom deal with his condition.  She was/is strong, but for a time, when it seemed like he was in a downward spiral and never going to recover, she was terrified that this was the beginning of the end.  I can’t say I blame her, it was not looking good for a while and I dare admit that I had similar thoughts.

Alas, around mid February (about 2 months later), he finally started to see the light at the end of the tunnel.  No! not THAT tunnel, Thank goodness.  The metaphorical tunnel where you can finally see the end to a painful and frustrating experience.  Recovery has been two steps forward and one step back.  The pain has diminished enough for him to go back to work, but sleep does not always come so easily. Quite often I see him quietly holding his stomach waiting for the pain to pass.  He won’t complain, but if you ask he will tell you, he is far from feeling normal. His recent doctors appointment showed that he is doing well, but the pain will take some time. Doctors say it can take as much as six months to a year to recover completely and, in some cases, nerve damage could be permanent.  I truly hope this is not the case for him nor for anyone else with this terrible infection.

Around the house, a lot of the responsibilities that he used to take care of fell on to me,  as well as, the additional work from having to help him whenever he needed it.  I am glad I was here to help, but I must admit, I was exhausted.  On top of being a full time mom, taking care of a sick person while holding the house together was pretty draining.   My breaks from “mommy time” all but disappeared.  Since my dad was sick and my mom was working double time to keep the business they have together from falling apart, I had no help with Monks until Daddy finished working which left me worn out and in no mood to stay up until 2 AM writing a blog post.  The truth is, all I wanted to do was lay in bed and watch a show on Netflix.

It’s now March and I’m only now just getting back into my normal swing of things.   My computer troubles seem to have finally been resolved and I have finally gotten my new laptop where I can finally get organized and start working again.

For the most part, 2014 was a great year.  I really can’t complain at all.  There were a lot of big changes in our lives, but we had a lot of fun too.  Moving to Florida from NYC with a baby was a challenge, but It was a good decision and worth all the effort.  The best part was, of course, witnessing the changes and challenges that my baby went through during the first year of his life and being a part of it all. Here are some great shots of Monks through-out the year.  These pictures prove it.  It really must have been a great year because pictures don’t lie (haha!).

So…with my new laptop in hand, things mostly back to normal at home and having watched every episode of Peaky Blinders…

it’s time to get writing again.